Like most people who end up out in the Far East food is an important part of every day living and a talking point when one gets back. I could not go out to a foreign place and eat fish and chips or search for meat /two veg, I have to join in and sample all that I can of what the locals eat. 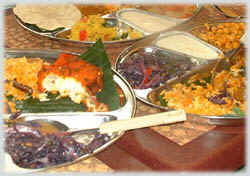 I miss Nasi Goreng and I still have not mastered the art of making it. I can do a passable one but there is just something missing when it appears on the table. It is not a patch on the ones we used to get at the O.R.'s and Sgts. Beach Club and I know that this is the feeling of most people when they come back here. We strive to make it authentic but just can't manage it.

I am lucky in that I visit my son in Singapore every year so I do get to taste it again and I have discovered other culinary delights since I have been visiting him. I don't think that I ever had bean curd, or tofu as it is called here, in Malacca and neither did I taste the delights of carrot cake. This is not the lovely sweet calorie laden cake we eat here but a savoury dish made from radishes and is quite delicious.

At lunchtimes in the married quarters a wizened old chap used to bring food for the Amahs. He had a bike from which he served the food. He sold what I was told was octopus and it was eaten with chilli sauce. It was a white fleshy meat and I am actually not quite sure whether it was octopus. I was the only military person queuing up for my daily treat and no one commented.

In the evening a food van used to come round. They sold Chinese style fish and chips, prawns, fried pork and lots more. I used to have the fried pork with rice and the smell of the food was mouth-watering. As well as never lifting a duster or manoeuvring a vacuum cleaner around I really did not need to cook either. I must have cooked for my husband sometimes but I can not actually remember what we ate together. I ate fried pork with garlic and rice nearly every day and I began to reek of garlic. What a life.

I know it may sound a little unimaginative but there really was not much for the soldiers to do in Malacca except get drunk - if they could afford it. We familes had our homes and I used to socialise with the neighbours or visit wives of squadron members in other areas of the married quarters. 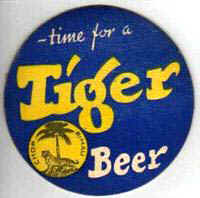 Beer was not all that dear in the NAAFI so we had parties. The single soldiers were always invited and we always tried to put a "spread" on for them. Sam used to borrow a thunder box and I never knew what it was but it was perfect for putting ice and beer in. People brought beer in cartons and possibly some of the singlies (single soldiers) would bring half a dozen cans which was much appreciated.

At my parties music was usually provided by Jonah Jones, an Aussie, and his state of the art tape machine. His 9 hours of the Rolling Stones went down very well and was perfect to do what passed for dancing in those days. It was difficult to get the young lads to dance but most made an effort - except one soldier who would never dance at all. We used to invite the neighbours so they could not fashion to complain at the noise but no one seemed to mind, and I can't ever remember a fall-out over the noise of someone's party.

Families usually left the parties first leaving a collection of inebriated soldiers who may have staggered back to camp but then some used to be there for breakfast so I got used to catering for lots of them.

We were lucky in Alpha troop because we had days out at Port Dickson which was the Filey/Bridlington/Scarborough of Malacca State. My husband used to organise these days out every so many months and we even had a beer tent which was under cover so we drank in comfort. The families used have a couple of single lads to share their sandwiches and all in all we had a lovely day out. A military coach picked us all up in camp and also the ones who lived out of camp so we didn't even have to find out own way there.

We once had water skiing but I am afraid that I failed miserably in that activity, I tried a couple of times but gave it up as bad job. Those days were just a chance to get out of camp and all get together and have some beer and some fun on the beach. The children loved it as well even though we had a perfect beach back in Terendak but it was the day out for us all to be together. 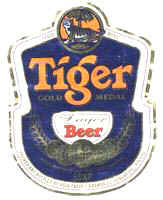 I only found this out a couple of months ago. I have never been really sure what went on at a place like Mayleen's but it was very popular and quite expensive, so I am led to believe.

To have what ever one went to these places for, and drink as well, was possibly out of the question for some of our single soldiers. My husband was the Troop Sgt and one of the men copied his signature so that they could go and buy Tiger cheaper at the NAAFI, they stashed it away in a car keeping it suitably cold with straw in a hay box, so my informant said, and made their way down to Mayleens. There they were then able to drink and have whatever other entertainment they were after. Everyone was happy except possibly my husband if he ever found out. Should I tell him after all these years?